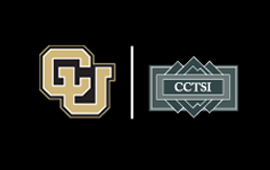 The CCTSI proposal was co-written with esteemed colleagues in the Denver Metro area and was 1 of 12 proposals reviewed for pilot funding in this round. Their proposal was titled “Linking Colorado Part C Early Intervention Service Eligibility, Utilization, and Functional Outcomes for Infants and Toddlers with Developmental Disabilities and Delays”. Mary Khetani and the CPERL team obtained close to $34,000 to rigorously examine links between Part C early intervention service use and functional outcomes, including performance of everyday tasks and participation in the home environment. CCTSI is funded by the National Institutes of Health (NIH).

Disclaimer: This story was published when CPERL was housed in the Department of Occupational Therapy at Colorado State University (CSU). CPERL is now housed in the Department of Occupational Therapy at the University of Illinois at Chicago (UIC), effective 9/1/2015. Dr. Khetani will complete the CCTSI project via a faculty affiliate appointment at CSU. CPERL team members Kristen Arestad (MS ’16) and Lauren Nale (MS ’16) are funded to coordinate the project and conduct their thesis research in partial fulfillment of the MS degree requirements at CSU.